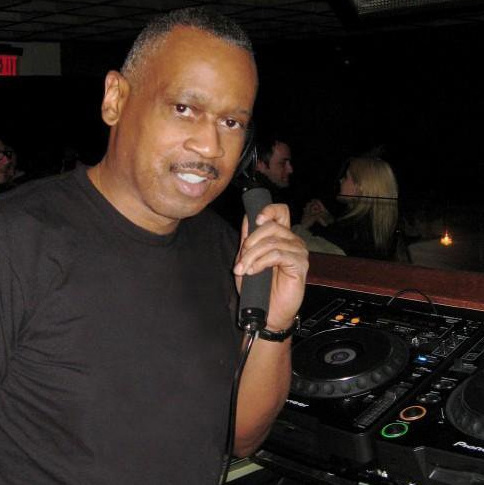 Billboard-charted Producer.   TONY’S SOULBEATS productions have contributed to numerous Billboard-charted Dance hits.  Most recently he produced his special remix of “MY FIRE” by Kimberly Davis which reached #1 in the summer of 2017.

Tony grew up in the projects of Lower East Side, NYC. His family and friends followed music, and his two older sisters sang in their own group. By the time Tony was 14, he had formed his own band. During breaks between band sets, he played records to keep the crowd buzzed. Getting people to groove and dance to his music became a passion for Tony. As a young teenager, he scoured the hottest record shops in the City, discovering the best of the latest records before they were widely known. It was on one of these forays that he met and became lifelong friends with fellow DJ, Danny Krivit.
​
​Tony’s perspective on mixing records changed dramatically in the early 1970’s, when he discovered David Rodriguez Limelight), Richie Kaczor (Club Hollywood), and Nicky Siano (at the time, the Roundtable). Tony was also discovering his own DJ skills, which he would apply on his early gigs.

Tony was profoundly influenced by Walter’s unsurpassed DJ skills vividly on display at Galaxy 21. He enjoyed Walter’s regular phone calls asking Tony’s advice with questions like “How many horn stabs should I put in Ten Percent?” He found himself right at the heart of New York’s DJ network, thanks to David Mancuso’s Record Pool at The Loft. And before there was West End records, Mel Cheren was the first in the industry to bring Tony the advance Scepter/Wand test pressings of such future hits as “Free Man” by South Shore Commission, “Nice and Slow” by Jesse Green, and even Tom Moulton’s very first RMX, “Dream World” by Don Downing.
​
​For the next couple of years Barefoot Boy was the “Hot Spot” for the who’s who of the record industry and Tony Smith was on fire! It was then that he started reporting his weekly top 10 lists to music publications like Billboard, Cashbox and Record World. It was at Record World that he became friends with music critic Vince Aletti.​
​
​​In 1976, Tony was named one of the TOP DJs IN AMERICA by Billboard Magazine. He was reporting his top 10 most played songs for all 3 publications, which had a major influence on the way NY and the rest of the U.S. learned what music was hot in the clubs.​
​
As the NY club scene exploded, Tony was branching out and playing a variety of NY clubs, including Fire Island, alongside such DJ greats as Walter Gibbons, Larry Levan, Roy Thode, and in places like Studio 54 and Ice Palace 57.

Tony’s next big break was becoming a resident DJ at the famed Xenon, bringing along Jellybean Benitez, who remains a close friend to this day. Xenon was clearly more commercial than where Tony was coming from, but Tony was always a musical educator and became a key to the club’s continued success. Being in such high demand, Tony was asked to do a number of remixes. His first was the now very rare underground Disco Classic: “I Don’t Wanna Lose It“, by Bambu. That success opened the door to more remixes, where he worked alongside such names as: Ecstasy, Passion & Pain, Arthur Russell, Michael Narada Walden, Tee Scott, Danny Krivit and Jellybean Benitez.
​
At the start of the 80’s, Tony played at an array of clubs including Area, Limelight (6th Ave), Magique, Red Parrot, Underground, Visage, and even opening night at the Palladium. Tony was quite over-qualified for these big commercial clubs and began to search for more musically challenging gigs, which he found in part at his next one, The Fun House, again working with Jellybean Benitez.